Depression can color a person’s whole perception of themselves and the world. This distressing condition is common in early- to middle-stage Alzheimer’s patients. Studies have shown that up to 65 percent of people with dementia suffer from depression at some point in the course of their illness. While it’s not clear whether dementia causes depression, it’s well known that depression can act as a catalyst for the symptoms of Alzheimer’s disease. 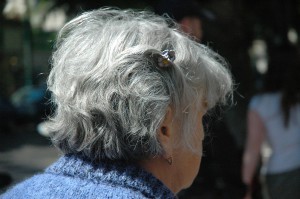 Symptoms of Depression and Dementia May Overlap

Even an otherwise healthy person, with depression alone, can have memory problems, confusion and trouble concentrating. The symptoms of depression include:

Many of the symptoms of depression overlap with the symptoms of dementia, and it is more prevalent in the earlier stages of the disease, when one is more aware of the implications of having Alzheimer’s. In the later stages, the patient is far less likely to suffer from depression, but the primary caregiver, who is dealing with the steady loss of a person he loves, is more at risk of a number of mental conditions. It’s critical to treat depression at the early stages of the disease because not doing so can lead to accelerated cognitive decline and a lower quality of life for both the patient and the caregiver.

The Latest Research on the Connection

Experts have long noticed an Alzheimer’s-depression connection and have only recently begun to zero in on distinguishing one from the other using advanced brain imaging techniques such as single photon emission computed tomography, or SPECT, to examine blood flow in the brain. In the near future, doctors may come to rely on such advanced imaging techniques to accurately diagnose patients who present with some of the overlapping symptoms of both depression and dementia.

For patients, it’s important to identify some of the causes of depression so that it can be avoided or treated effectively. People who have previously had bouts with depression are more vulnerable, and depression can also be precipitated by difficult family and social situations or by reduced self-esteem or loss of income because of the disease. A lesser known trigger could be negative thoughts and expectations about aging in general. Recent studies have shown that many people have an outmoded, unnecessarily negative view of aging that is simply not borne out by reality. 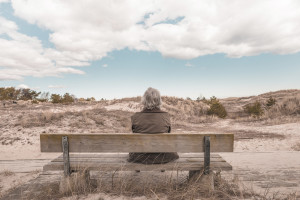 A large body of research suggests that older people have more emotional resilience than was formerly thought. Older people today are also far healthier than they were in past generations. However, negative attitudes toward aging are widespread and can become a kind of self-fulfilling prophecy, increasing the risk of depression and cognitive decline.

Alzheimer’s patients are not the only ones at risk of depression—caregivers also have a high rate of depression and other mental illnesses, and this can have a profound effect on their ability to provide care. A recent study published in the Proceedings of the National Academy of the Sciences showed that patients with caregivers who have poor mental health died 14 months sooner than those with healthy caregivers.

Effective Treatments for Depression Are Available

The good news is that depression can be successfully treated. Effective treatments include talk therapy and antidepressants, especially one of the class of drugs called Selective Serotonin Reuptake Inhibitors (SSRIs). A number of novel therapies are also in development which take advantage of computer technology. One research team developed a computer game that stimulates neuroplasticity, or the growth of new brain cells and connections, by engaging the patient in fun but increasingly difficult challenges. The game was shown to be as effective at relieving depression as the SSRI escitalopram, and it had one important advantage over the drug: It led to a remission of symptoms in just four weeks, while it took 12 weeks for the drug to achieve the same effect.

Recognizing and treating depression in Alzheimer’s disease is essential for both the patient and the caregiver. If you suspect depression, the most important step is reaching out to your doctor and receiving an accurate diagnosis. Although there is currently no cure for Alzheimer’s, there’s no reason for this challenging condition to be complicated by clinical depression.

If you or a loved one are showing signs of depression or dementia, reach out to Primrose. We specialize in supporting those with Alzheimer’s Disease and dementia and their caregivers. We offer expert residential care and an adult day club option, along with caregiver support. Please contact us for additional information or to schedule a tour.