We’re all familiar with that sluggish feeling after a bad night’s sleep. Now researchers believe sleep disturbances spark changes in the brain that may lead to dementia, according to a new study. The key to this connection is low oxygen in the blood during sleep. The culprit conditions that interrupt breathing- like sleep apnea or emphysema, CBS News reports. About 170 elderly Japanese-American men were monitored during sleep as part of the study. After they died, brain autopsies showed that a quarter of them who showed very low oxygen levels during sleep were four times more likely to have signs of “very small strokes correlated with memory loss and thinking skill problems in aging,” one expert tells WCVB Boston.

Lack of slow-wave sleep– the kind that helps your brain refresh and save new memories may also cause atrophy in brain tissue. Both atrophy and the small strokes, called microinfarcts, are “more common, and more severe, in people with dementia, than in people without memory problems,” study leader Dr. Rebecca Gelber tells CBS. One Alzheimer’s expert cautions that the results merely show “linkage, not cause-and-effect” between sleep disturbances and dementia. More studies are needed, but Gelber believes poor sleep “may actually contribute to the development of cognitive impairment and dementia. 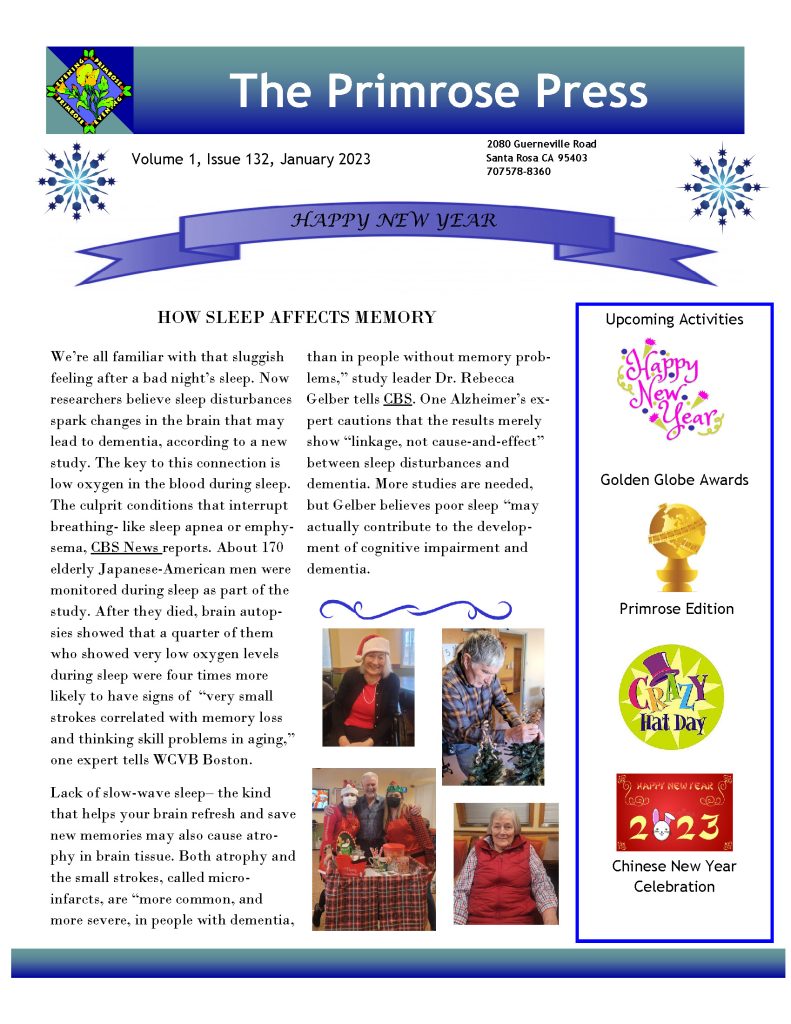