By Victoria Colliver, SF Chronicle May 31, 2015
A new drug created a stir in March when it’s maker, Biogen in Cambridge, Mass., announced the results of a small human trial that exceeded expectations. The treatment, an engineered antibody tested in a first-phase study of 166 patients, substantially reduced the amount of abnormal protein deposits in the brain that have long been considered the primary cause of dementia in Alzheimer’s patients. Patients who received the therapy also showed significantly less cognitive decline than those who had been given the placebo.

“I’m very encouraged — the most I’ve ever been,” said Dr. Allen Bernstein, a neurologist who plans to begin a clinical trail of the drug in July for Santa Rosa’s Annadel Medical Group, which is affiliated with St. Joseph Health.

Advancements in imaging have spurred the latest Alzheimer’s research, experts said. High-tech scans have allowed scientists to confirm the diagnosis by seeing the buildup of amyloid and detect the disease in it’s earliest stages. Researchers at UCSF and Stanford are testing Eli Lilly’s solanezumab and crenezumab, from South San Francisco’s Genentech. Both drugs failed early-stage trial goals, but the researchers think they may have potential value for early stage Alzheimer’s patients and continue to test them.

“Even though the trials were negative, there were hints there were still some beneficial effect of the antibodies,” said Dr. Adam Boxer, director of UCSF’s Alzheimer’s Disease and Frontotemporal Dementia Clinical Trials program. “We’re pretty optimistic about these drugs and hopefully they’ll have a big impact.” 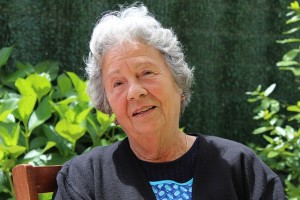 All of these antibodies operate on the same principal of binding to and removing amyloid from the brain, but they bind differently and have different risks of side effects. Brain swelling has been the most concerning.

The stakes are high, considering more than 5 million Americans have Alzheimer’s and the number is expected to rise as Baby Boomers age.

We invite you to contact us for a tour of our assisted living facility in Santa Rosa CA to learn more about how our memory care community provides an environment to protect and care for your loved one with dementia or Alzheimer’s Disease.