When people think about their cognitive health, they often do not think about the links with their physical health. However, studies indicate that both regular exercise and a healthy diet can significantly help prevent Alzheimer’s and dementia.

The Effects of Exercise on the Brain

The Finnish Geriatric Intervention Study to Prevent Cognitive Impairment and Disability was a two-year study involving around 1,260 adults between 60 and 77 years old at risk for Alzheimer’s. They divided the participants into two groups. One engaged in regular physical exercise and were given nutritional guidance. The second group continued as normal. Over the period of the study, the intervention group had better scores on memory tests, showed speedier processing of information and showed better abilities in areas involving planning and problem solving. 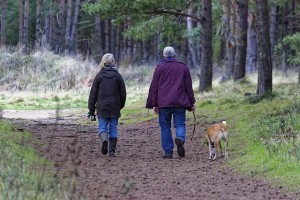 In another study performed by the University of Kentucky College of Health Sciences, a group of 30 men and women between the ages of 59 and 69 were assessed for fitness. Researchers had participants run or walk on a treadmill and gave participants heart ultrasounds. They found that those who were more physically fit had more blood flow to regions of the brain that are important for cognitive function. While they say that this is not proof that physical and mental fitness are linked, the evidence of the benefits of a high level of fitness are strong.

Researchers say that people who exercise regularly and eat a balanced, healthy diet have lower levels of stiffness in their arteries. This means that blood flows throughout the body, including to the brain, much more efficiently.

Diets that are high in fat or sodium can interfere with your cardiac health. Over time, this may contribute to slower blood movement to the brain, as well.

Regular exercise can also improve mood, lead to feelings of better general well-being and can help people stay independent longer. Talk to your doctor about your current level of physical fitness and find out whether you can benefit from more regular exercise and better dietary habits.